The latest round of Environmental Protection Agency (EPA) regulations on diesel engine emissions are meant to cut down on pollutants that are harmful to the environment and human health. They target specific byproducts which have shown to create smog and contribute to the buildup of small particles in the respiratory systems of the humans who inhale them. 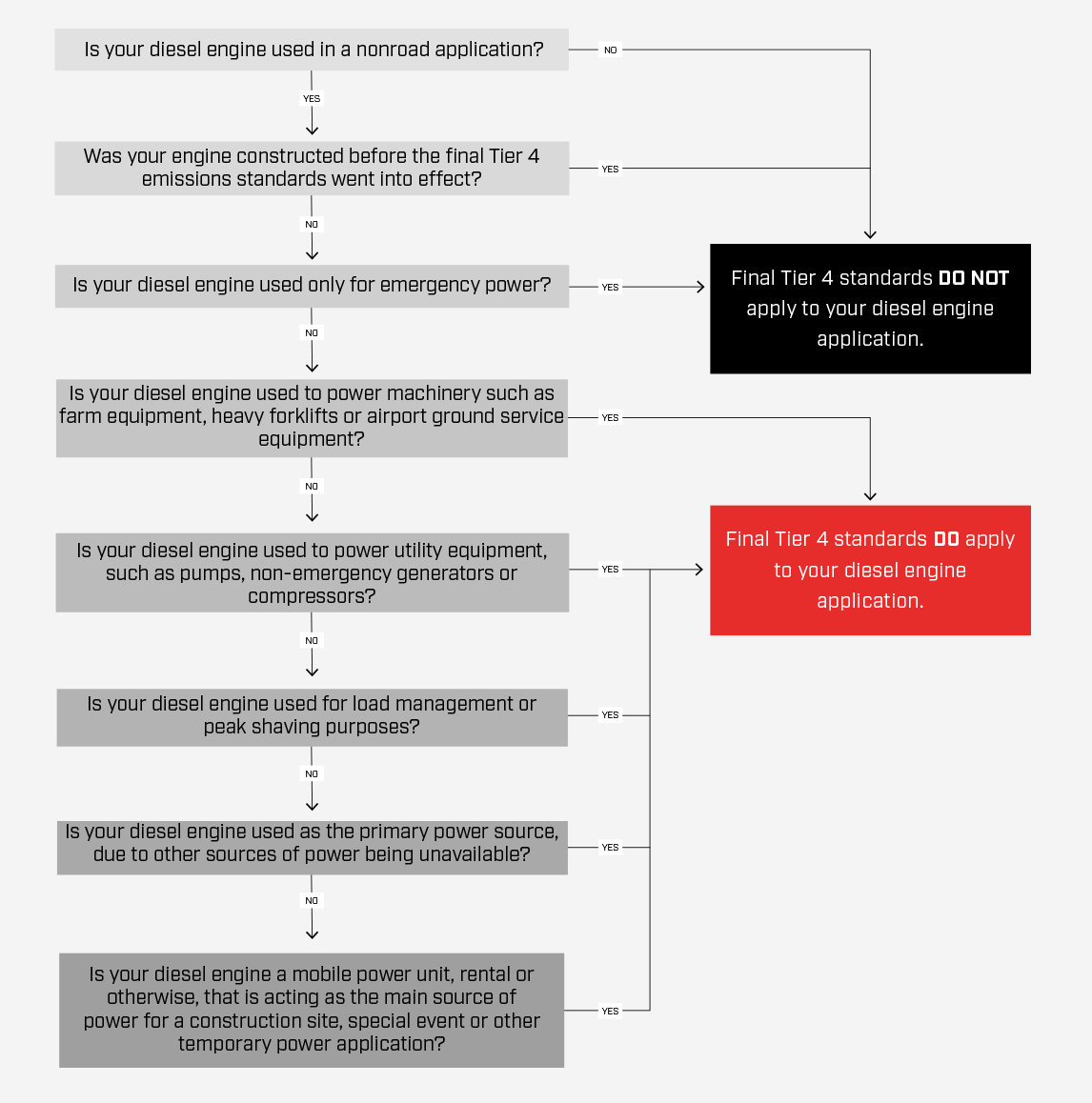 Do Final Tier 4 standards apply to your diesel engine application? Still unsure and have more questions? We offer Tier 4 consultations to help find solutions for your applications. 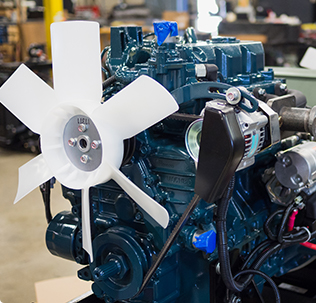 Request a Tier 4 consultation and someone from CK Power will be in touch shortly to begin finding solutions to your Tier 4 problems.

Looking beyond the basics of which applications do tier 4 regulations apply to, we’ve put together the following explanation of the most common problems and how they can be addressed, relieving headaches for those looking to satisfy the new EPA regulations.

How will final Tier 4 solutions fit into my current manufacturing operations?

The most common issue we confront with original equipment manufacturers is how to go about merging existing specs and processes with entirely new engine equipment. It’s an entirely understandable dilemma. Manufacturers typically aim for the lowest possible throughput time by increasing the efficiency of their process wherever possible. Introducing a new cog wheel into such a finely calibrated system has the potential to jam up the whole operation. Manufacturers could be forgiven for believing they’ll need to start from square one.

Within this category, these are the three most common issues we see:

Many of the same customers have often been ordering engine equipment from us for years. And it was easy. The manufacturer would convey to us horsepower requirements and we would provide a menu of options, all of which would be suited to the customer’s application. A choice would be made and that was that.

Now, the buying process has changed. Besides not having the same menu of options available, manufacturers are also receiving complicated estimates from some dealers. An engine manufacturer may quote one price, without mentioning that components crucial to meeting the final Tier 4 emission standards are not included in that price, or at least not assembled already. Ordering based on horsepower requirements alone has gotten more difficult and placing orders based on low bid alone can have repercussions.

“The engine I’ve been ordering for years required six feet of space to be mounted in my application. Now I’m told the one I need requires six and a half feet and I just don’t have the room.”

Sound familiar? It’s something we’re hearing more and more often from manufacturers who buy directly from an engine manufacturer. For many of those companies, the relationship might end with the sale. But with the deadline for the implementation of final Tier 4 emission standards knocking on the door, we’re seeing that it’s about more than simply having the right piece of equipment on hand. Expert service is paramount.

Regeneration equals downtime for our customers. And, as such, it needs to be controlled for wherever possible. To burn off excess particulate matter in order to meet the new emission standards, the diesel particulate filters on some final Tier engines will periodically need to function above normal operating temperatures for a time. Since they cannot be used while performing this function, it’s important for customers to know which products require regeneration time and how to work around it. 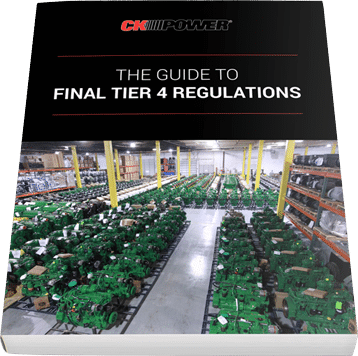 Get the guide to Final Tier 4 regulations

Each of the manufacturers of the various engine lines we carry has been forced to adapt to the new Tier 4 regulations in their own way. It’s led to some surprising and innovative new technologies to be adopted in the various diesel engines. Always a leader in the field, John Deere has come up with some imaginative fixes for cutting emissions.

This accomplishes half of the target of the standards, but has the unfortunate effect of creating more NOx due to the higher operating temperatures. To lower the amount of NOx emitted, a diesel exhaust fluid (DEF) is introduced into the exhaust stream. When the exhaust is combined with this exhaust fluid, it is broken down into nitrogen gas and water vapor.

Volvo Penta engines will also make use of selective catalytic reduction to meet emission standards. In addition, an Exhaust Gas Recirculation (EGR) air throttle system will help to reduce the amount of NOx emitted by the engine as a result of SCR. The air throttle controls the amount of air entering the engine, which in turn affects the exhaust temperature that determines how much particulate matter is burnt off during SCR. The throttle closes partially during light loading to maintain the necessary engine temperature for meeting those requirements.

These combined strategies help both to reduce wear in the engine over time, and to prevent the need for downtime for regeneration that is a part of some other manufacturers’ approaches to solving Tier 4 problems.

Check out the video below for an animated representation of these technologies.

We certainly hope we’ve addressed some of the issues you may have encountered in satisfying the EPA’s new final Tier 4 engine problems. But if we haven’t, we’d love to talk. You can always contact us to discuss the new standards, or download our comprehensive guide to the Tier regulations through the form below. 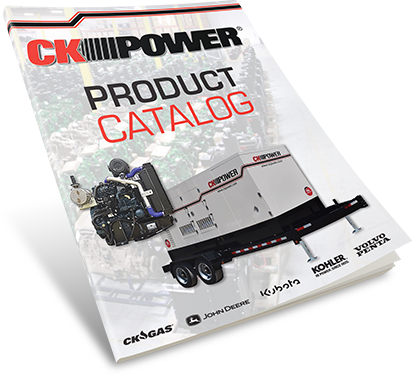